The IDEAS IN CLOTH  blog will continue on my website: www.roxannelasky.com

You can access this blog and future posts from the Ideas In Cloth drop down menu on the homepage.
Hope to see you there!

I took a shot.
One shot
among many
that flashed
yesterday.

I took a shot
a year
like a flash
still crisp in memory.

I took a shot
and in a flash
I remembered something.
“The answer
is always yes.”

I may have lied a couple of posts ago or at least need to explain.  When I said           “I have no words,”  I didn’t then, and for a good month beyond.  But I wasn’t referring to single, free-standing nouns…words that creep into my mind as I sit and stitch on projects and then capture on paper…single words that nip at a sense or the emotion of a moment, another word, word-waiting…

The words I’m referring to “not having”  are the cohesive strings that coast on the promise of knowing, that fill me with purpose and reinforce my belief system.

This dichotomy of language happened, as expected, when I returned from a workshop this summer, where permission was given to wander capriciously behind imagination without having to explain or name…just do, freely.

Not that I returned to my studio idea-less. I felt quiet and calm but thoughts were messy, like junk in a pile and a month passed before I could arrange them into collections.  Emotion and heart had disconnected from logic and concept, and strings of words that make good “blog” were absent.

Enter gold.  Third Thursday.  Roy-G-Biv.  And one single, shiny appelation began the untangling.  I presented my only gold photo,  the image of a shard of broken beach glass and a thought…
Gold is not the treasure I hunt.

I consider myself an explorer of the ordinary. I covet shells etched by sand and time, a rare round stone, but mostly the imperfect ones.  A feather no longer necessary to one bird’s flight or a rusty nail, its neck at breaking point from holding its head against old wood and weather for a hundred years.  These objects lavish my imagination with honest tales that stir my memories on a journey of stitches.

I’m a survivor, like the old nail.  And generally positive, so I have been stitching until now on the high end of my stories, the outcomes, the triumphs, the half-full lessons.  But without planning too much, I left my “homeland,” dug a garden, set to grow something worthwhile.  I slowed a bit, embraced solitude and because I can,  I’m following the root way down.

Then, I cut deeply into the center of my onion skin-bundled cotton like I was tending a wound.

The search for Roy G Biv is off the wheel and on to some delicious colors.  This month it’s GOLD and gold conjures metaphors of richness and treasure.

Treasure is relative to who is searching.

The other night, the word “incubate” presented itself in a bolt of awakeness.

In that flash, it became clear:

why I’ve had no words as place markers on the personal map,

why I have been sitting on most of the process work for the last month,

why I have been brooding, the kind where trusting and questioning can get frustrating and cause a pall on mood.

The work is incubating, (has been for quite some time)

gathering strength so it can hatch.

Naming has always helped me make sense of my world and yet I am currently unable to detangle thoughts into tidy lines of letters. One of my alternatives to having words come from within, is to source them from without.  Like gathering windfall.

Thanks to our lovely hosts Jennifer Coyne Qudeen and Julie B Booth.

It’s difficult to express the curious beauty of a place in six or seven photos.
I took over 500, some of which have since been deleted, mostly because waiting for a geyser to express itself in grand volume or focusing perfectly on a puffin in flight takes a few failed megapixels.   Pictures are mainly a memory stimulator, never truly giving us, again, the sense of awe we experienced when present in a place.  That’s why travel is so special, especially to places where nature is the focus.  It downsizes the ego and lifts the spirit.

And there are all the photos I didn’t take.  Stopping to appreciate one thing as another vanishes.

It’s difficult to express the way travel changes you by describing a place in six or seven sentences, six or seven times when people ask about your trip.  The weather was good,  the people are generous,  the glacier or the waterfall or the cloud shapes in the wide sky are dramatic.   Or the art, or the air or the light.    Same as the pictures really.

Color pops against the gray of Iceland’s summer sky.

and all night long.

Purple is the paradoxical subject of this month’s search for Roy-G-Biv.

My search has revealed that it is a very social color.

enhanced by the company it keeps

and the places it goes.

It just comes naturally.
Join the hunt with Jennifer Coyne Qudeen and Julie B. Booth and our fearless leaders.  Visit their headquarters to gain access to the other adventurers in the search. 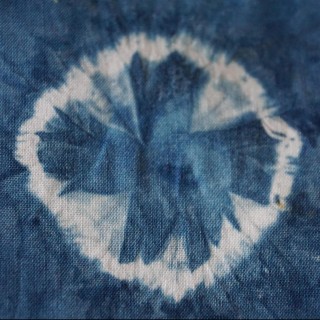 Fibre and Mixed Media Artist living in the Kootenays, BC

A Celebration of Ethical and Natural Textile Practices

TAFA: The Textile and Fiber Art List
A Modern Perspective

An Alternative to Popular Media.

photography, writing and the spaces between

Vagabond's Daughter
A Year of Being Here
Meanderings, at best

Searching for the music in my head

Fibre and Mixed Media Artist living in the Kootenays, BC

A Celebration of Ethical and Natural Textile Practices

TAFA: The Textile and Fiber Art List
A Modern Perspective

An Alternative to Popular Media.

photography, writing and the spaces between

Vagabond's Daughter
A Year of Being Here
Meanderings, at best

Searching for the music in my head

Ideas in Cloth
Blog at WordPress.com.